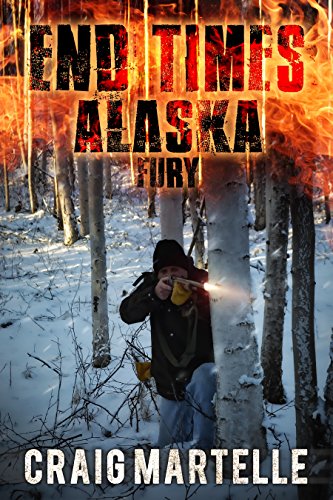 Notify me of new posts via email. Enter your email address over there to be updated and notified will all things books and petitions that help change the world. You will be receiving these my email: Not until Patch comes along. With his easy smile and eyes that seem to see inside her, Patch draws Nora to him against her better judgment. But after a series of terrifying encounters, Nora's not sure whom to trust. Patch seems to be everywhere she is and seems to know more about her than her closest friends.

She can't decide whether she should fall into his arms or run and hide. And when she tries to seek some answers, she finds herself near a truth that is way more unsettling than anything Patch makes her feel. For she is right in the middle of an ancient battle between the immortal and those that have fallen - and, when it comes to choosing sides, the wrong choice will cost Nora her life.

Nora Grey's life is still far from perfect. Surviving an attempt on her life wasn't pleasant, but at least she got a guardian angel out of it. A mysterious, magnetic, gorgeous guardian angel. But despite his role in her life, Patch has been acting anything but angelic. He's more elusive than ever if that's possible and what's worse, he seems to be spending time with Nora's archenemy, Marcie Millar. Nora would have hardly noticed Scott Parnell, an old family friend who has moved back to town, if Patch hadn't been acting so distant.

Even with Scott's totally infuriating attitude, Nora finds herself drawn to him - despite her lingering feelings that he is hiding something. If that weren't enough, Nora is haunted by images of her murdered father, and comes to question whether her Nephilim bloodline has anything to do with his death.

Desperate to figure out what happened, she puts herself in increasingly dangerous situations to get the answer. But maybe some things are better left buried, because the truth could destroy everything - and everyone - she trusts.

Nora Grey can't remember the past five months of her life.

After the initial shock of waking up in a cemetery and being told that she has been missing for weeks - with no one knowing where she was or who she was with - she tried to get her life back on track. Go to school, hang out with her best friend, Vee, and dodge mom's creepy new boyfriend. But there is this voice in the back of her head, an idea that she can almost reach out and touch.

Visions of angel wings and unearthly creatures that have nothing to do with the life she knows. And this unshakable feeling that a part of her is missing.

Then Nora crosses paths with a sexy stranger, whom she feels a mesmerizing connection to. He seems to hold all the answers Every minute she spends with him grows more and more intense until she realizes she could be falling in love.

Will love conquer all? Nora and Patch thought their troubles were behind them. Hank is gone and they should be able to put his ugly vendetta to rest. But in Hank's absence, Nora has become the unwitting head of the Nephilim and must finish what Hank began.

Nora will never let that happen, so she and Patch make a plan: Nora will convince the Nephilim that they are making a mistake in fighting the fallen angels, and Patch will find out everything he can from the opposing side. They will end this war before it can even begin. But the best-laid plans often go awry.

Nora is put through the paces in her new role and finds herself drawn to an addictive power she never anticipated. As the battle lines are drawn, Nora and Patch must confront the differences that have always been between them and either choose to ignore them or let them destroy the love they have always fought for. Posted by Sausage at 1: Elle disait: Posted by Sausage at 9: I'm a sidhe-seer, one who sees the Fae, a fact I accepted only recently and very reluctantly.

My philosophy is pretty simple - any day nobody's trying to kill me is a good day in my book. I haven't had many good days lately. Not since the walls between Man and Fae came down. But then, there's not a sidhe-seer alive who's had a good day since then. Journeying to Ireland in search of answers, Mac is soon faced with an even greater challenge: As Mac delves deeper into the mystery of her sister's death, her every move is shadowed by the dark, mysterious Jericho As the boundary between worlds begins to crumble, Mac's true mission becomes clear: Then I discovered that Alina and I descend, not from good wholesome southern stock, but from an ancient Celtic bloodline of powerful sidhe-seers, people who can see the Fae.

Not only can I see the terrifying otherworldly race, but I can sense the sacred Fae relics that hold the deadliest of their magic.

When my sister was found dead in a trash-filled alley in Dublin, I came over to get answers. Now all I want is revenge. In her fight to stay alive, Mac must find the Sinsar Dubh—a million-year-old book of the blackest magic imaginable, which holds the key to power over both the worlds of the Fae and of Man. Pursued by Fae assassins, surrounded by mysterious figures she knows she cannot trust, Mac finds herself torn between two deadly and irresistible men: For centuries the shadowy realm of the Fae has coexisted with that of humans.

Now the walls between the two are coming down, and Mac is the only thing that stands between them. He calls me his Queen of the Night. But evil is closer. For answers. For revenge. And for an ancient book of dark magic so evil, it corrupts anyone who touches it. With her parents missing and the lives of her loved ones under siege, Mac is about to come face-to-face with a soul-shattering truth—about herself and her sister, about Jericho Barrons…and about the world she thought she knew. But after discovering that she descends from a bloodline both gifted and cursed, Mac is plunged into a secret history: What follows is a shocking chain of events with devastating consequences, and now Mac struggles to cope with grief while continuing her mission to acquire and control the Sinsar Dubh -- a book of dark, forbidden magic scribed by the mythical Unseelie King, containing the power to create and destroy worlds.

In an epic battle between humans and Fae, the hunter becomes the hunted when the Sinsar Dubh turns on Mac and begins mowing a deadly path through those she loves.

More important, who is Mac herself and what is the destiny she glimpses in the black and crimson designs of an ancient tarot card? The Fae are free and hunting us. Do what it takes to survive. Possessing rare talents and the all-powerful Sword of Light, Dani is more than equipped for the task. But now, amid the pandemonium, her greatest gifts have turned into serious liabilities. Dodging bullets, fangs, and fists, Dani must strike treacherous bargains and make desperate alliances to save her beloved Dublin—before everything and everyone in it gets iced.

Power is another thing. MacKayla Lane would do anything to save the home she loves. When the wall that protected humans from the seductive, insatiable Fae was destroyed on Halloween, long-imprisoned immortals ravaged the planet. Now Dublin is a war zone with factions battling for control.